Radiochemistry deals mainly with the study of both natural and man-made radioisotopes (radionuclides).

All chemical elements have their radioisotopes. Even the lightest element, hydrogen, has a well-known radioisotope, tritium. The heaviest elements (heavier than bismuth) exist only as radioactive isotopes. All radioisotopes are unstable isotopes of elements. 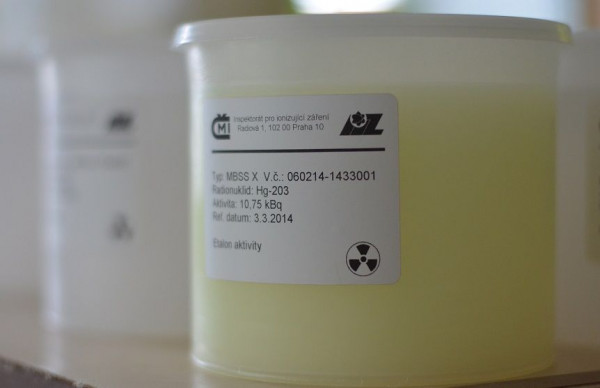 Radioactivity or radioactive decay is a spontaneous transformation of nuclei of unstable nuclides to other nuclei, during which radioactive radiation is emitted (radiated).

Examples of radionuclides and their radiation types:

Radiometric and radiochemical methods as well as ICP/SFMS methods are used in ALS for the determination of natural and artificial radionuclides in all the matrices from the Environment and in food/feed samples. It can be said that we can determine all the common radionuclides from the environment by the combination of the above methods.

High Resolution Gamma-Ray Spectrometry can be usually used without modification, samples with low concentrations of radionuclides are concentrated (evaporation, separation on sorbents or by co-precipitation) prior measurement.

Radiochemical methods are modified according to the matrix composition. For instance, biota and food samples can be incinerated prior to digestion. Samples intended for the determination of 90Sr in the presence of high concentration of calcium must be pre-treated by separation on cation exchange resins.

Do not hesitate to contact us for more information.